Cameo got into graffiti in his early teens after seeing graffiti on the streets. Back then he wanted to create pieces himself but didn’t know how to get started. One day he picked up a pencil and just started sketching. He’s been writing since then. 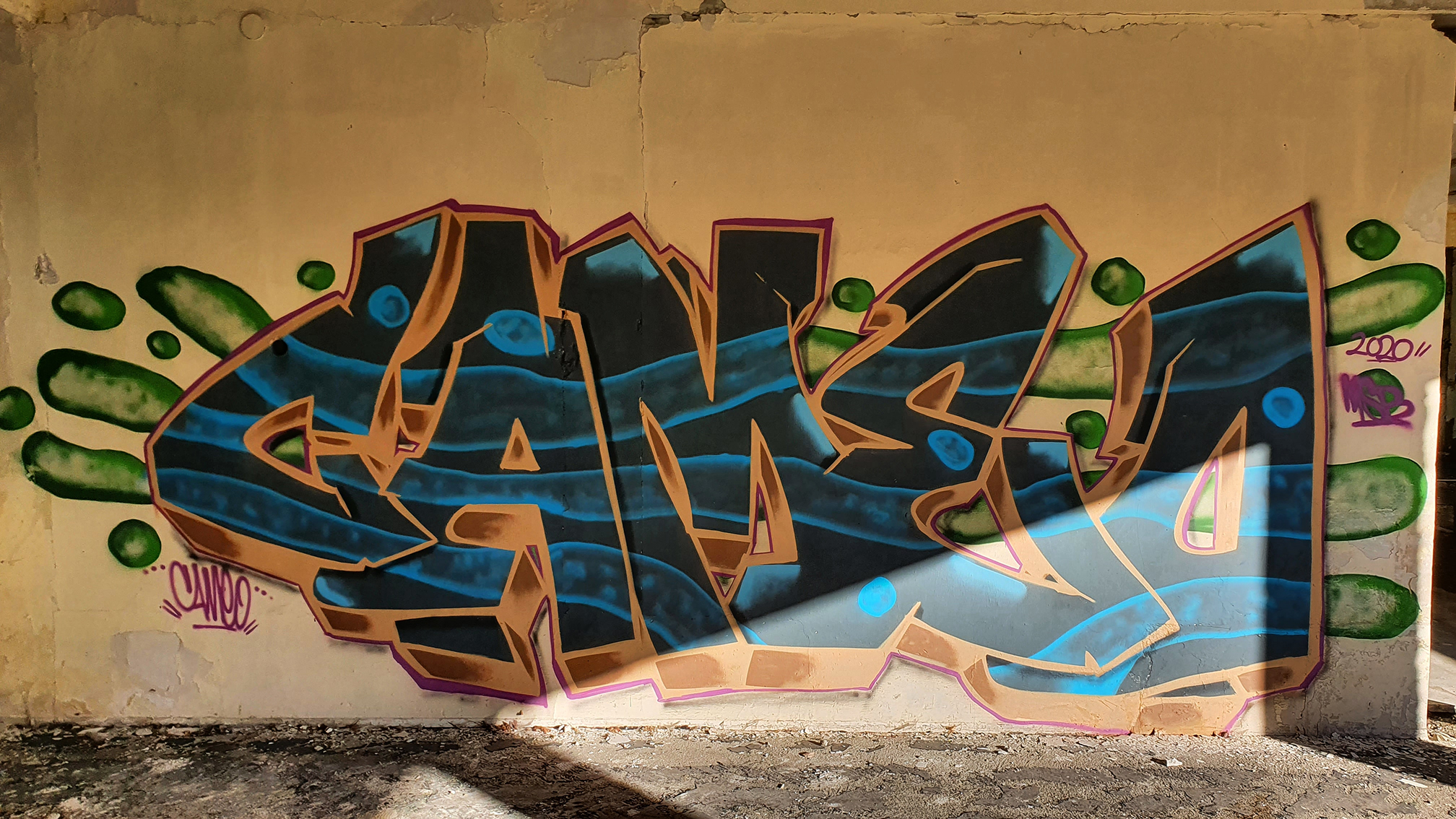 it’s all about evolving

Cameo is a 22 year old graffiti artist living in a small village in Hungary. He works as a quality inspector for welds and construction. Main hobby and interest is graffiti. But he also use Procreate, Photoshop for digital work like designing logos or photo editing.

He started writing after seeing graffiti on the streets. At first he just made some sketches and it evolved after that.

In the early years he got his inspiration from bigger writers. But now, since he found his style, he’s adding new elements and trying smaller ideas on his own.

”Once you’ve found your style, it’s all about evolving it.”

Cameo mostly does bigger pieces on ”legal” or abondoned places but will also ”throw up a tag here and there” as he says. 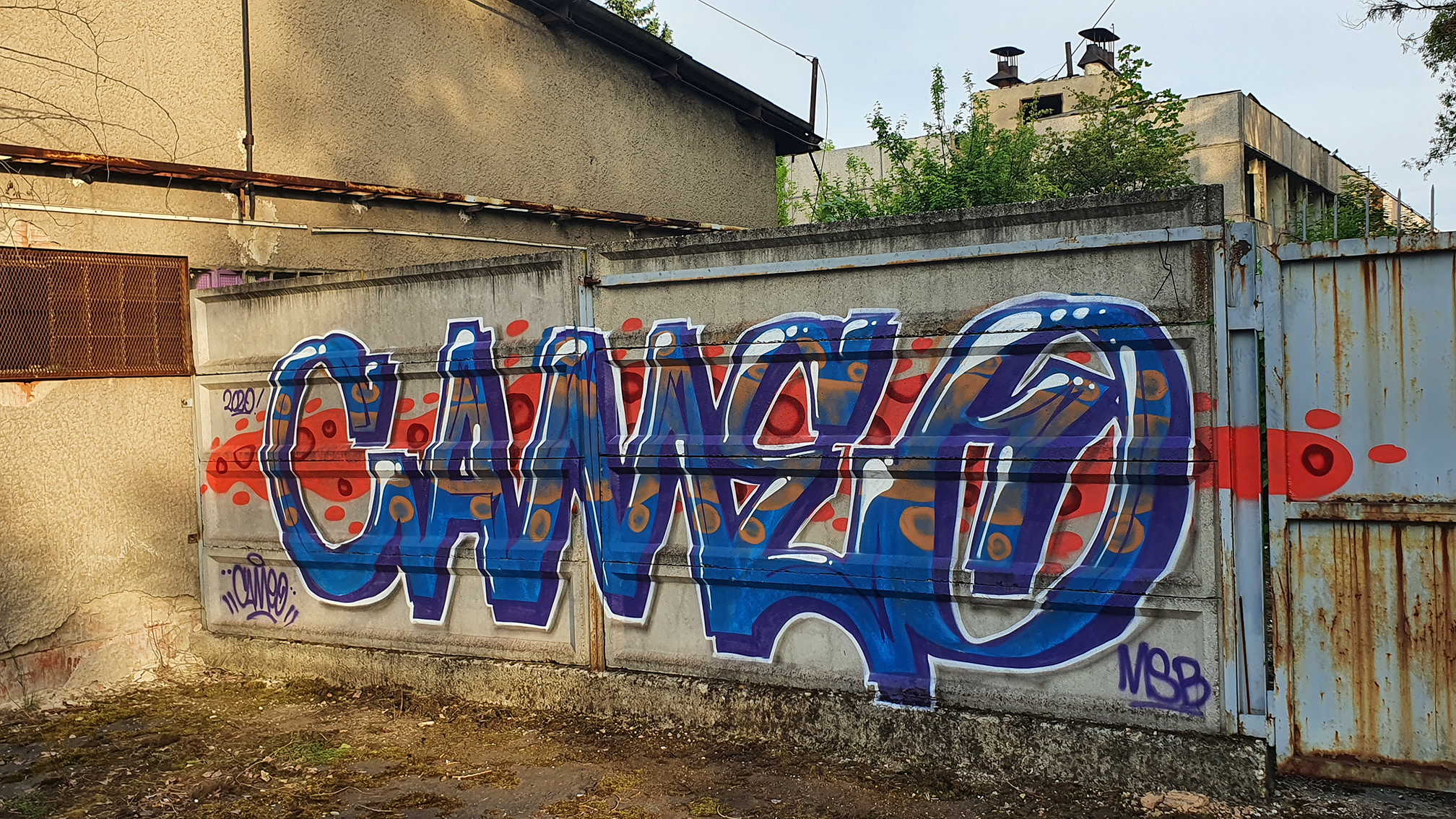 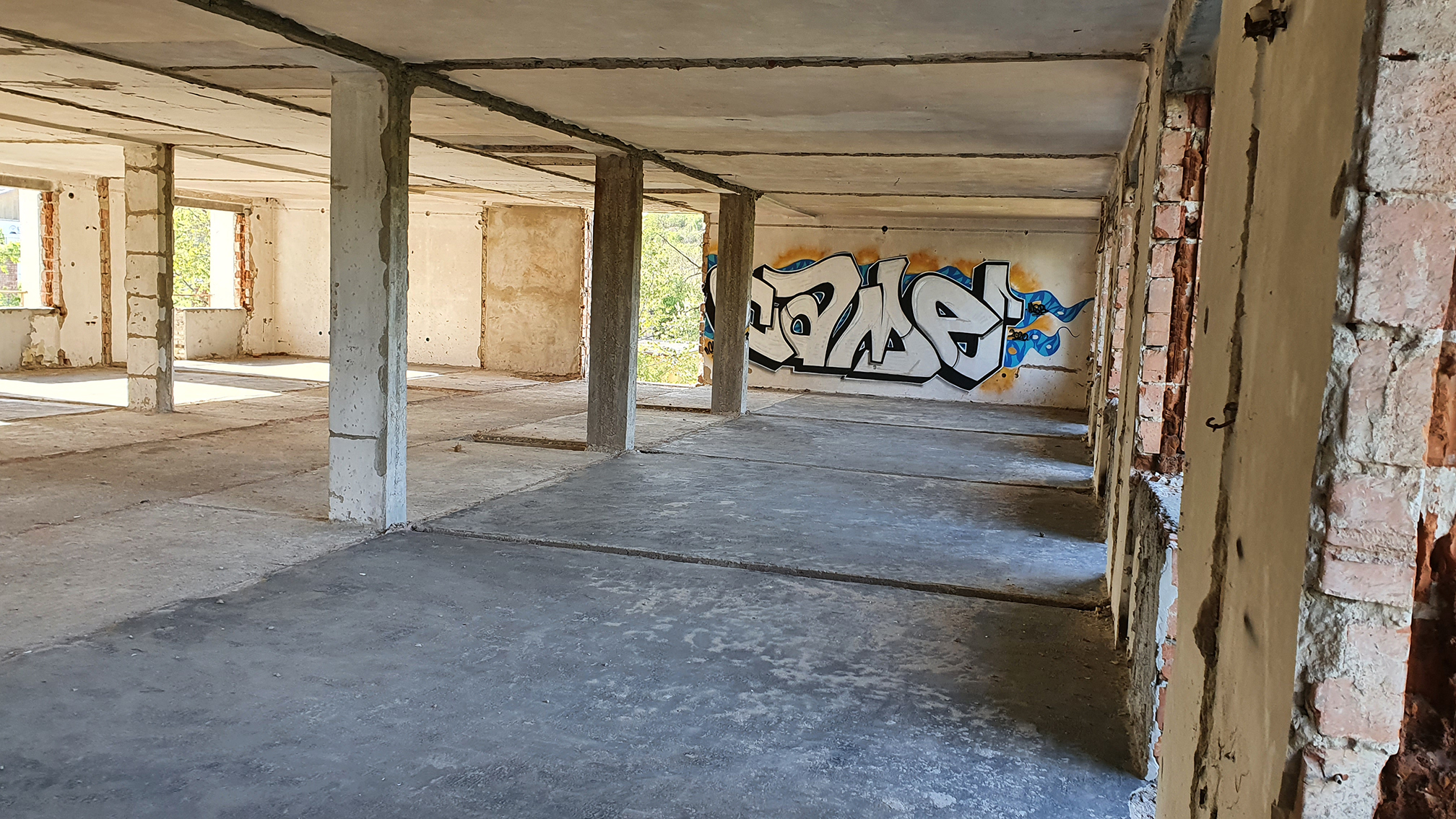 Big up for the map creators

”I enjoy playing videogames when I have the time. Now I mostly play Skater XL. As soon as I found the Discord Channel for custom maps, gear, scripts etc. I joined in.”

He then began to do graffiti for the community. Which he thinks is one of the best things in this game, the community. The other being the physics of the game. He usually gets in 1-2 hours of gameplay when he has some spare time.

Alot of his digital work is published on Discord. He does lots of requests, both big and small.

”The time I spend on each piece depends on the request. A bigger full graffiti is about 3-4 hours. A throwie about 30mins and a tag is about a couple of minutes just because I dont like to rush. I work on an iPad with Apple pencil.”

”I don’t remember all of the maps I’ve contributed to. Skate every map then you’ll find them. Every map deserve to be downloaded. Big up for the map creators!” 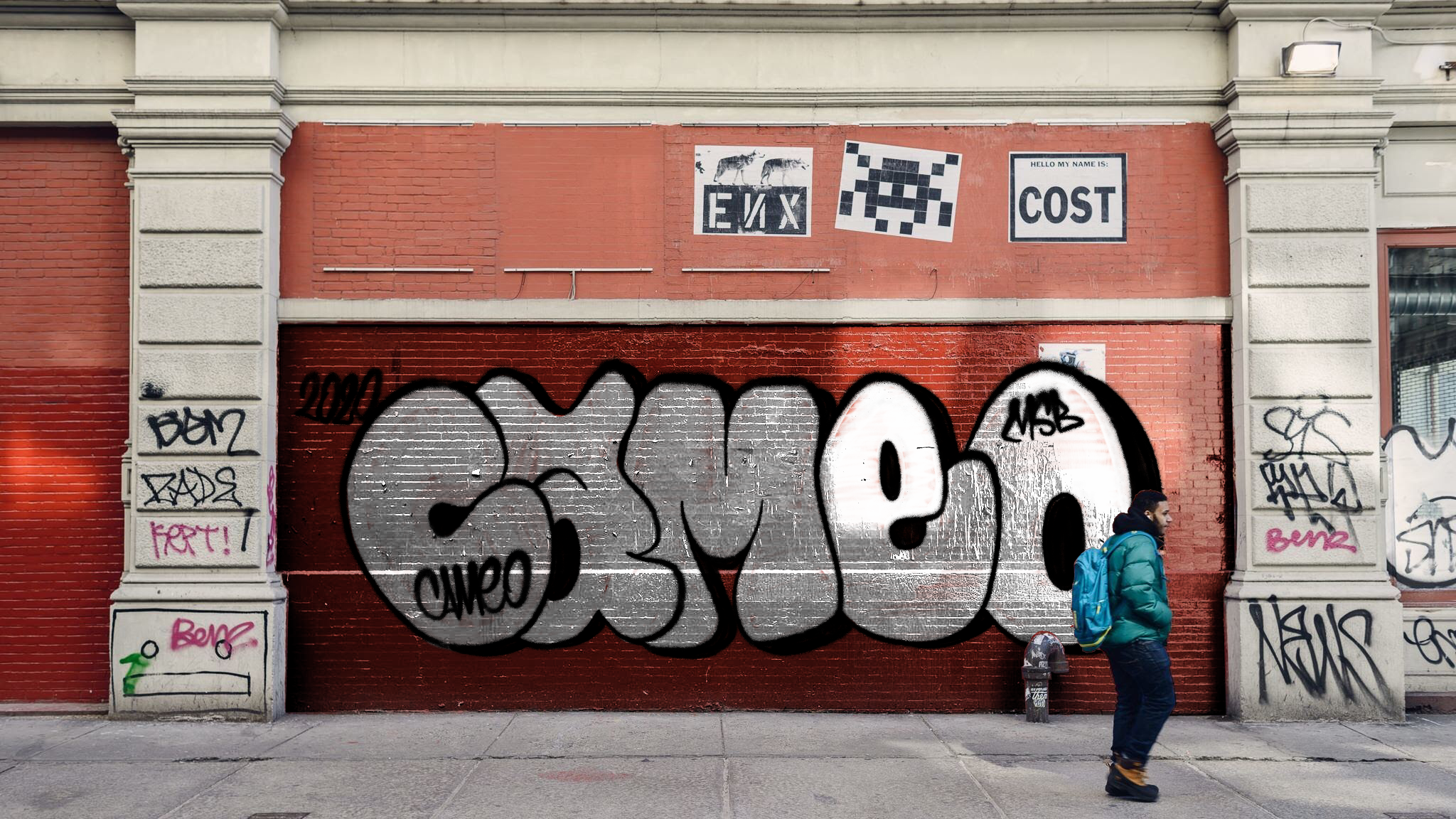 Find your own style and practice. a lot!

The newest piece is usually the one he’s most proud of. But he has some favorites also. Having an own style with good flow and nice colors are the most important things for Cameo in graffiti. Some of his own inspirational artists is the whole AWS crew from Hungary. Geser, Tibak, Smoe and Mone.

For people wanting to get into graffiti, Cameo has some advice.

”Find your own style, letter structures and don’t be a copycat. I think this is the most important things for new guys in graffiti. And to practice. Practice A LOT!”. 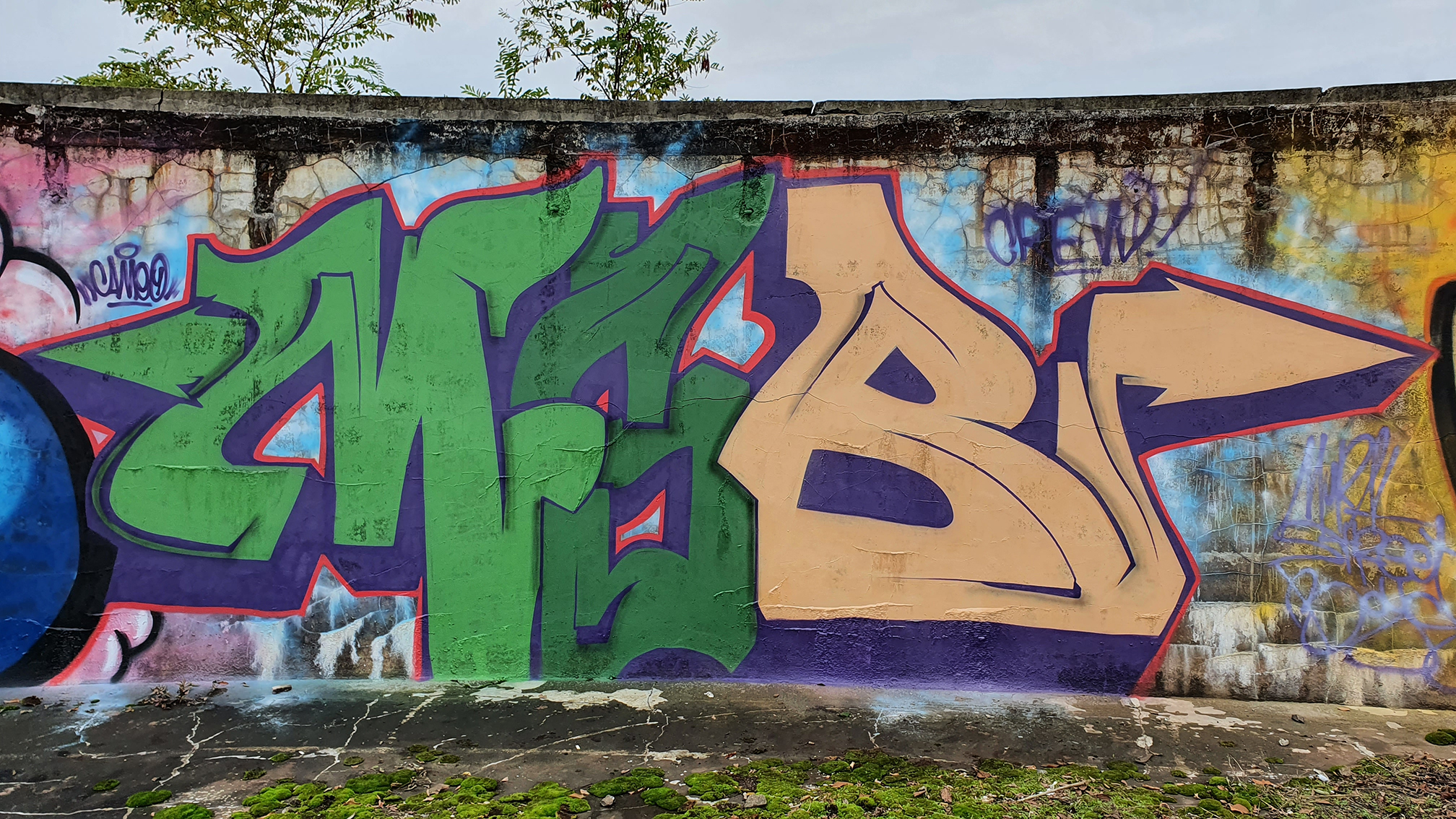 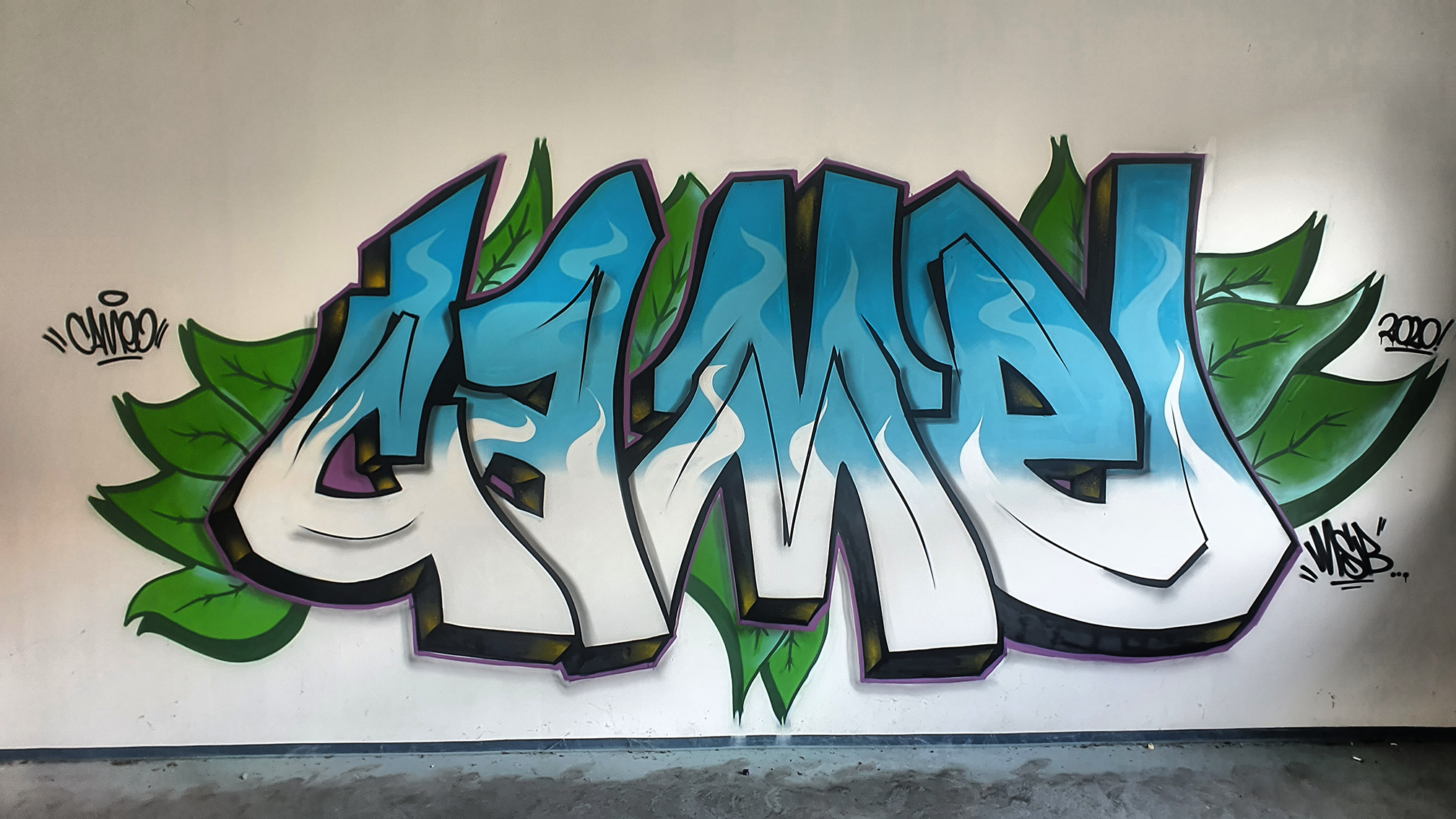 You’ll find Cameo on the Skater XL Modding Discord and on his Instagram.

If you want to support him and his art, you can donate through PayPal.

Check out our collaboration with graffiti artist Cameo.